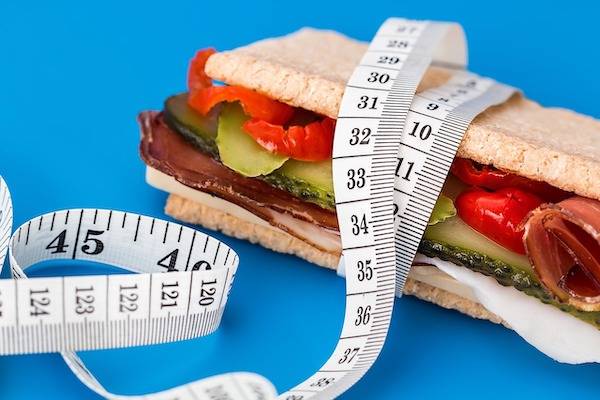 So, you’ve rolled out a well-orchestrated ketogenic diet plan to aid your weight loss goal. You have high expectations and are double sure you will lose some pounds in the next few days or weeks. But, did you know that losing weight is not an easy feat regardless of how well you’ve planned for it? The weight loss journey is a bumpy ride; one that presents more hurdles than you expect.

I have taken you through numerous ketogenic aspects and in this article, we’ll talk about a phenomenon that happens when you are trying to lose weight. If you are a ketogenic diet enthusiast you’ve quite possibly come across the name keto whoosh.

WHAT IS WHOOSH EFFECT?

Once you embark on a ketogenic diet journey with a goal to lose weight, it is a thrill at first, but sometimes it doesn't take long before you face your first hurdle. I’ll tell you my story to illuminate your weight loss journey and make it smooth.

When I first started taking keto meals, it took me so long to lose weight that I thought of abandoning the whole plan. Then, one fateful day I woke up very distressed and had to make a decision whether to stick by the keto weight loss plan or pursue another avenue. I step on the scale, as usual, and what I saw was hard to believe: I had lost 4 pounds overnight! This got me excited, but I could not deal with the onslaught of doubts bombarding my mind.

At first, I thought my body was playing tricks to convince me not to abandon the ketogenic diet. I dived deep into research to find a scientific explanation that could justify the phenomenon, and that is when I came across the term the “whoosh effect”.

The whoosh effect is a sensational occurrence that is prevalent in weight loss journies, especially when you are on the ketogenic diet. It is a case where you do everything right: you follow your diet plans and training regimen as required, but your hard work doesn't pay off for several days. Then all of a sudden when you are almost sliding into discouragement, you lose a few pounds (3 to 5) in one night.

the science behind whoosh effect. is whoosh real?

So what really happens?

Adipocytes, commonly known as fat cells, are mainly filled with fat lipids known as triglycerides. During starvation, triglycerides are released by hormones to fuel the body and keep it functioning properly. It is true that when there is a deficit of calories, the body uses triglycerides as the source of energy. However, when the triglycerides are removed from the fat cells, the cells do not fill with water, hence no collapsing takes place [2]. Interestingly, studies have shown that, even though adipose tissues play a significant role in the homeostatic system tasked with regulating body weight, they do not directly control weight loss [3].

In addition, it's noted that the body is always working to remain in homeostasis, and an abrupt change can easily affect that balance. This has led to the hypothesis that the whoosh effect is caused by the ending of the compensatory mechanisms of homeostasis. Even more, some people believe hormonal changes experienced before menstruation and increased stress or exercises that make cortisol levels to fluctuate can cause the whoosh effect [5] [6].

A lot has been said about keto whoosh, but I keep getting this question. What are the signs of a coming whoosh effect? I have read some blogs that claim that the signs of a coming whoosh effect can be detected. It's hard to authenticate this claim simply because it lacks scientific backing. However, according to these blogs, one needs to follow his/her training regimen and keto diet plan to be able to detect these signs. Some of the claimed signs include:

1. Not losing weight even when your training and diet is on point.

3. The whoosh effect can also be preceded by diarrhea.

can you speed up whoosh effect?

It is not possible to speed up the whoosh effect. Don't be fooled by theories flying around about how you can accelerate the whoosh effect. Just follow your keto diet plan and train as required, and you will finally achieve your weight loss goal.

Scientifically, it has been difficult to describe the Whoosh effect. However, the sensation occurs quite frequently and it's hard to ignore the evidence presented by weight loss enthusiasts. Next time, your weight loss goal hits a snag, do not lose hope, keep training and eating correctly and you will finally shed the unwanted weight.