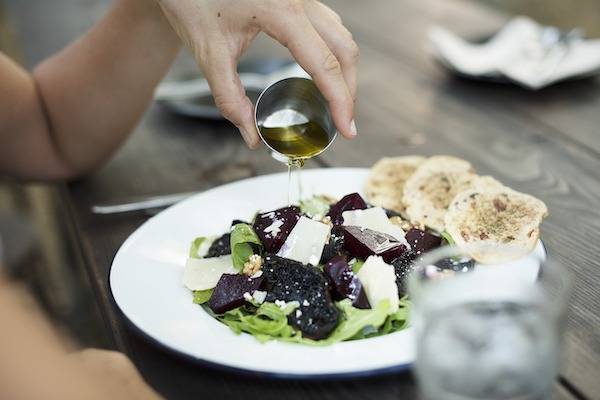 If you’re interested in the ketogenic diet, chances are you’ve heard about MCT oil a lot of times already. This product is often referred to as one of the most healthy oils in existence, not only for being a rich source of fat (which is the most important part of going keto) but for all the additional health benefits besides its nutritional value.

In this article, we’re going to cover everything you need to know about MCT oil to decide if it’s right for you. Read on!

What is MCT Oil?

MCT stands for medium-chain triglycerides, a special type of fats whose fatty acids have from 6 to 12 carbon atoms in their chain-like structure.

These fatty acids include:

The most popular natural sources of MCTs are coconut oil (on average, about 65% of its fatty acids are MCTs) and palm kernel oil (55% MCTs).

So, what makes these MCTs better than any other kind of fatty acid?

In short, they are much easier for the human body to absorb and metabolize. MCTs are digested in the gastrointestinal tract without the need for bile or pancreatic enzymes so they can be a real game changer for people suffering from conditions of the liver or bladder.

Some studies also indicate that MCTs are turned into ketone bodies much faster and more effectively than other kinds of fat, meaning that they are great for people who have a hard time reaching ketosis.

A study published in 2003 compared the effects of long-chain triglycerides (LCTs) versus MCTs on the body composition and energy expenditure in obese women. The results showed that although MCTs don’t help with losing weight directly, they increase energy expenditure and fat oxidation, indicating that the body of people taking MCTs is more prone to burn fat for energy.

In other words, although MCTs can’t be recommended as a standalone treatment of obesity, they clearly are substances that help the body switch from a carb-oriented to a fat-oriented metabolism, burning more fat for energy instead of storing it all around.

In the human body, MCTs are quickly turned into ketone bodies, which are widely considered a much better source of energy for the brain than glucose. Most likely, that’s exactly why various studies indicate that MCTs improve cognition and mood even in such serious conditions like Alzheimer’s disease and severe type 1 diabetes.

All MCTs have been confirmed to have antibacterial, antiviral, and antifungal properties. For example:

Lauric, capric, and caprylic acid are all able to inhibit the growth of antibiotic-resistant Clostridium difficile

Although no solid data from human trials is available at the moment, animal studies indicate that dietary MCTs have great local anti-inflammatory properties. Specifically, these fatty acids may be of great help for anyone suffering from Crohn’s disease, ulcerative colitis, or any other form of intestinal inflammation.

Metabolic syndrome is a stepping stone towards diabetes, and that’s why it should be treated as meticulously as possible. Essentially, this condition consists of:

All of the components mentioned above significantly increase one’s risk of cardiovascular disease, and guess what? There is emerging evidence that MCTs help to preserve insulin sensitivity in animal models, slowing down or preventing the development of metabolic syndrome.

Compared to coconut oil and vegetable oil, MCT is much more satiating - and this is clearly due to its superior content of medium-chain triglycerides. Surprisingly, some other studies indicate that the acute decrease in food intake caused by the satiating effect of MCTs leads to an elevation in one’s leptin levels, which is the anti-hunger hormone.

In other words, MCTs are perfect for those people who struggle to keep their hunger at bay - both because MCTs are very filling AND because they increase one’s levels of the anti-hunger hormone leptin.

MCTs improve blood cholesterol levels and fight arterial plaqueRecent studies indicate that daily consumption of coconut oil leads to a significant increase in one’s HDL (high-density lipoprotein, the ”good” cholesterol). This type of cholesterol is associated with reduced risk of developing atherosclerosis, which is among the primary causes of cardiovascular disease.

MCT oil is pure fat, as you may have guessed from the name, but that’s not the point: it’s all about what kind of fat it contains.

As you may remember from one of our previous articles, MCT oil consists exclusively of saturated fatty acids - those are the medium-chain-triglycerides!

In other words, the nutritional value of 14 g (1 tablespoon) of MCT oil goes like this:

To be honest, they are roughly in the same league. Both are valued for their MCT content, which is about 65% (on average) in coconut oil and 100% in MCT oil. That’s all the difference.

Therefore, MCT oil is a better option for:

- People suffering from any diseases of the liver, gallbladder, and pancreas. MCTs don’t require any enzymes to be digested and metabolized, so taking pure MCTs could be better than taking coconut oil (65% MCTs) for these folks.

- People with inflammatory conditions of the gut, since MCTs have anti-inflammatory properties.

But, all in all, the difference isn’t THAT significant, really. Some coconut oil products were reported to have as much as 85% MCTs, which is close enough to pure MCT oil. 15% won’t make much difference in terms of reaching ketosis or reaping those tasty general health benefits.

Although MCT oil isn’t a required component of a successful keto diet, it surely helps in supporting general wellness, meeting your daily goal of dietary fats on keto, and keeping hunger at bay. If you’ve never tried it before, we strongly recommend giving it a shot to see whether it’s right for you!