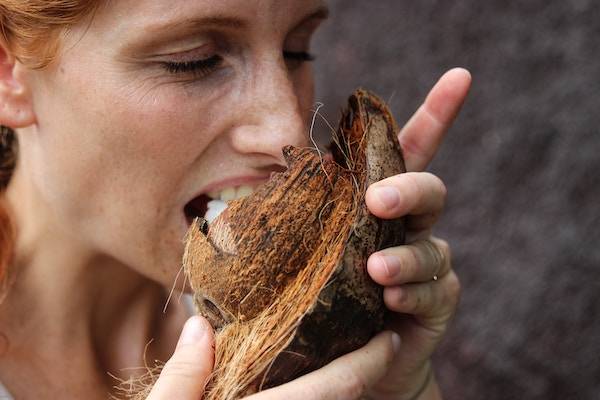 Knowing the basics of getting started on keto is one thing, reaching the so desired state of ketosis is another. The first is relatively easy, the second requires a great chunk of determination and will.

It’s like buying a gym membership - and actually sweating your way to the gains.

But don’t worry, we got you covered. Here goes a list of the most effective keto tips & hacks to help you reach ketosis as fast as physically possible.

1) Minimize carbohydrate intake as much as possible

The crucial part of the keto diet is its recommended macronutrient ratio, specifically:

But the percents here define a fraction of the calories, not the specific amount of carbs they account for. Turns out that the latter is equally important.

Why is this important? Well, although not necessarily, the second person might have a hard time getting into ketosis due to the higher amount of carbs in their diet.

Research indicates that while eating 20 to 50 grams of carbs daily is likely to induce ketosis in most people, being under the 21 grams limit is MUCH more effective. As a result, most experts suggest to aim for 35 grams of total carbs (25 net carbs) as a starting point, keep it up for a few days, and gradually lower the intake to as close to 21 grams of net carbs as possible. Net carbs equal total carbs minus fibers and zero-calorie sweeteners like sugar alcohols, as they have a virtually non-existent caloric value.

In any case, remember that the amount of carbs that you’ll have to limit your intake to is quite individual. For most people, keeping it under 35 should do the trick, while other folks might have to go all the way down to 21 grams.

But having fewer than 15 grams of carbs daily is known to induce extreme ketosis, and this state is used mostly for the treatment of such medical conditions like epilepsy. DO NOT ATTEMPT WITHOUT QUALIFIED MEDICAL SUPERVISION.

If carbohydrates should be limited as much as possible, fat works the opposite way: it is essential that you get a lot of the stuff. Every. Single. Day.

Remember that the goal of ketosis is to teach your body how to use fat as its primary source of energy instead of the carbs (glucose) it has been processing for decades. The only effective way of doing so is to leave your metabolism no other choice: fat HAS to be the main macronutrient in your diet.

Specifically, we’re talking about getting 70-75% of your calories from healthy fats from organic grass-fed sources.

- Still having trouble reaching ketosis after cutting on the carbs and reaching that 75% fat goal? Pump it up to 79%.

- Still no (or weak) ketosis? Look for the reason elsewhere, as research indicates that getting 79% and 90% of your calories from fat is almost identical in terms of blood ketone levels. No need to increase fat intake further.

Proteins are essential for all aspects of your health, from the production of red blood cells to optimal immune response and digestive enzymes synthesis. Well, and building of muscle, of course.

The recommended amount is considered to be about 0.55 to 0.77 grams per pound of lean mass (or 1.2 to 1.7 grams per kg), and studies indicate that this is just enough to reach and maintain ketosis without compromising your health.

Get less than that, and you’ll be on track for some serious health issues, let alone muscle deterioration.

However, having significantly more than the recommended upper threshold of 25-30% calories coming from proteins, and you’re likely to have troubles reaching ketosis.

In other words, it’s important to find the ”just right” amount of proteins in your diet - and stick to it.

This one is pretty straightforward.

The body stores glucose in form of glycogen: this is your ”reserve” energy pool, just in case. During increased physical activity and stress, the body converts glycogen back into glucose, thus providing you with the fuel for some extra action.

The glycogen stores are later renewed using the carbs you get from your diet. However, if you don’t get much of them, your glycogen levels remain drained and the body is forced to move to ”plan B” and produce ketones from dietary and previously stored fat. Voilà, ketosis.

Studies indicate that intensive physical exercise in a fasting state elicits ketosis, and that’s one of the easiest ways to speed up your ketoadaptation.

Remember that ketosis isn’t exactly the body’s ”default” state. By default, each and every human operates on carbs, and ketosis is just an emergency measure to ensure survival.

That doesn’t mean it’s unhealthy or unnatural, but it surely requires a bit of stress to be activated.

You can use this concept in the form of either the so-called blitz fast or the fat fast.

A blitz fast (short fast, intermittent fasting) is a short-term deprivation or significant restriction of food intake. It can range anywhere from a few hours to several days (but don’t go over that limit), and it has been proven to accelerate ketosis via faster depleting of the body’s carb reserves. However, a blitz fast is quite hard to endure, especially for people who are new to this kind of thing.

A fat fast is a short-term fast during which you limit your caloric intake to about 1000 daily calories consisting of 85-90% fat and 15-10% protein. It’s a bit less effective than an all-in fast, but it’s also easier to endure - and hey, it also does its job.

Basically, the easiest way to do a short fast is by skipping breakfast. Then, if you’ve had a good night of sleep, this would account for about 14 hours of fasting, which should be enough to speed up that ketosis.

By the way, on the matter of sleeping well.

6) Get enough sleep every night

Sleeping well is incredibly important to ensure the effectiveness of your ketogenic diet, mainly for psychological reasons that should not be underestimated.

A well-rested person is focused and emotionally stable, able to put his or her willpower to good use.

When you’re sleep-deprived, however, the misery of this state can greatly compromise your resolve to stick to your decisions when stuff gets hard. Because, at some point, it will get hard. Ketoadaptation isn’t the end of the world, but it’s still quite stressful, especially when you do it for the first time.

Get enough rest. It’s not that hard, but it will surely help you on your way to ketosis.

7) Include medium-chain triglycerides in your diet

Medium-chain triglycerides (MCTs) are a group of fats that have been proven to enhance the production of ketone bodies. This is mainly because they are easily absorbed in the human guts without the need for any enzymes or active transport, then delivered straight to the liver for being used as a source of energy in form of ketones.

This group includes the following substances:

Coconut oil and palm kernel oil are some of the richest natural sources of MCTs and that’s why they’re so widely used in the keto diet. Alternatively, you can go for a so-called MCT oil, which generally has a higher content of MCTs than natural sources. It’s your choice, both options are good, healthy, and keto-friendly as can be.

The only way to be sure that you’re doing everything right in terms of macros, exercise, and general ketoadaptation is to regularly test your ketone levels. Having some tangible numbers at your disposal will allow you to treat your eating and workout regime as needed to ensure success.

Specifically, aim to test your ketones at least once per week if this is your first time going keto.

And remember that you don’t have to go to the lab for this, as there are urinalysis ketone test reagent strips that are incredibly precise as well.

There is no magic in the keto diet: it’s all physiology, nutrition, and scientific evidence. Arm yourself with the right knowledge, and you’ll be guaranteed to reach ketosis in about a week or so, and be fully adapted in two or three weeks total.

The keto hacks described above are guaranteed to help you in that, so what are you waiting for? :)