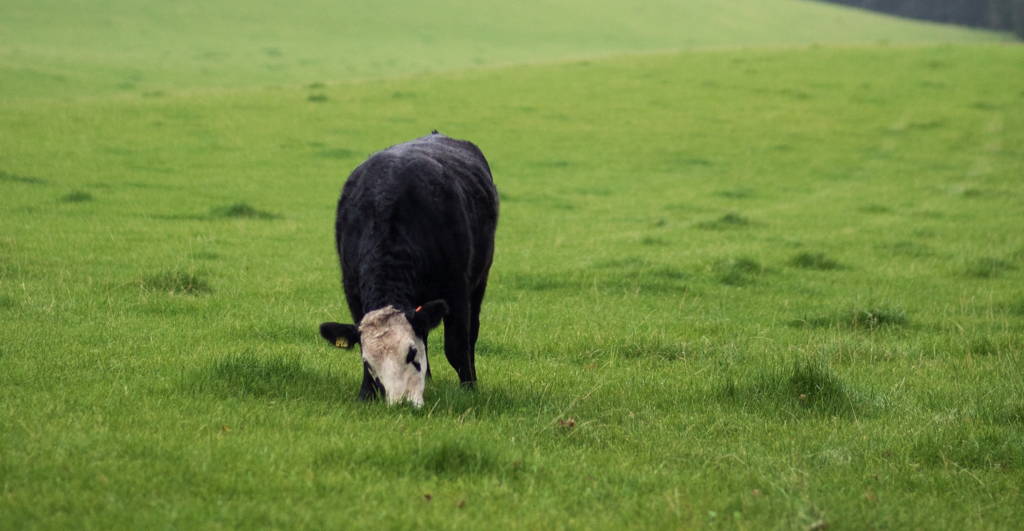 Why Regenerative Farming Needs To Happen?

Farmlands have been abused for decades. Soil’s nutrient profile has been pounded out with fertilizers and pesticides.

We focused on food quantity over quality and our population is paying the price. Cheap, low quality food is putting a sting on our health, education and economy.

One Earth Health is proud to be part of the movement. We work with farms who embrace forward thinking methodologies that puts less stress on the environment and  animals while creating a high quality nutrient dense food.

Regenerative farming is a holistic approach by using the land throughout the year to create a biodiverse ecosystem that allows:

Soil - It’s a nutrient powerhouse! It’s the lifeblood driving the ecosystem by supplying carbon. Carbon is the driver to promote life. You, me, animals, plants, microorganisms, etc. are all carbon based.

A study compared 43 different vegetables from both 1950 and 1999 and saw material declines.

A Kushi Institute study shows from 1975 to 1997 the following levels declined in vegetables:

To really put this in perspective, one will need to eat 8 oranges today to get the same amount of Vitamin A versus 40-60 years ago!

Year Round Plants - Vegetation throughout the year allows carbon to be captured and displaced into the ground. More carbon = higher soil quality = nutrient dense food.

Root System - The soil’s key carbon and water transport system. When you till the land, it destroys the root network.

Cattle - People argue raising cattle is bad for water conservation. Before I get into the details, let’s go over some definitions.

Blue water is sourced from surface or groundwater (think lakes and streams). Humans use this for consumption.

Green Water is from precipitation stored in soil that plants use. Humans have no way in using this. Cattle can.

When people say to eat less meat because it takes over 1,000 gallons to make 1 pound of beef, they are adding in green water which skews the math. Focus on blue water consumption.

It takes around 280 gallons of blue water to produce 1 pound of commercially raised beef. And only 50-100 gallons for 1 pound of pasture beef.

Rather eating soy or a grain feed, cattle are eating pasture grass, as they are meant to do.

As a comparison 1 pound of walnuts takes 339 gallons of blue water.

Commercial cattle uses more blue water because they are grain fed. The calculation includes the amount of water to grow soy, corn and other grains to feed cattle. Which is abnormal.

The U.S. represents commercialized agriculture and New Zealand represents pasture raised. Or close to it since most cattle farms are family owned.

Iron - New Zealand liver has 72% more than U.S. based liver.

Vitamin A - New Zealand liver has a whopping 459% more than U.S. based liver.

There were some vitamins that were higher in the U.S. liver. Overall the data showed New Zealand liver was nutrient superior.

The manure concentration from commercial agriculture prevents the soil to absorb the extra methane gas or use the manure as fertilizer.

Rotating grazing areas gives grass time to hit their critical growth stage allowing the grass to have a high volume output. This allows grass to contribute greatly to the ecosystem and help absorb more carbon. The rotation methods allows to keep manure at ideal levels for natural fertilization.

No till farming prevents water runoff. Most runoff contains fertilizers and pesticides which damages our ecosystem.

Biodiversity - No till farming allows biodiversity to flourish underneath the ground because it doesn't destroy the soil's root system.

The organisms help with plant growth by converting soil nitrogen into a plant usable form. Others transport water to the plant’s roots. And helps loosen and aerate the soil to make plant root penetration easier.

Stronger Crops - Have you ever broken your arm? Remember after taking off the cast it took a few weeks to regain your arm strength because it hasn’t been moving for months?

It’s the same thing for crops. They are raised in an artificial environment supported by pesticides and fertilizers. They don’t have the ability to defend themselves compared to crops raised in a regenerative environment.

These fertilizers cause a microbial imbalance which weakens the plant and makes them less resilient against pests and disease. They become fertilizer dependent.

The Rodale Institute has been researching agriculture methods since 1947 to help promote a better, natural and more responsible way of farming.

Meat and Crop Prices - This is a catch and the deciding factor in whether regenerative farming will take hold.  Can we create a balanced ecosystem and minimizes food costs? Not everyone can spend $7 to $10 a pound for pasture raised beef. There will be growing pains to convert to sustainable farming. We need to keep an open and compassionate mind when implementing, studying and educating the public.

Every country has a unique skills set honed over decades of trial and error. For New Zealand, where agriculture is a major economic driver, they have honed in on pastural farming. The country’s year round agriculture weather allows them to fine tune their skills.

So fined tuned that growing grass has become a science. It’s the cattle’s only food source. Richer and more abundant the grass, the better quality milk and meat. Unlike the U.S., most farms are family owned preventing commercialization.